The Man Who Inspired Eli Roth’s THE GREEN INFERNO Comes to Texas! 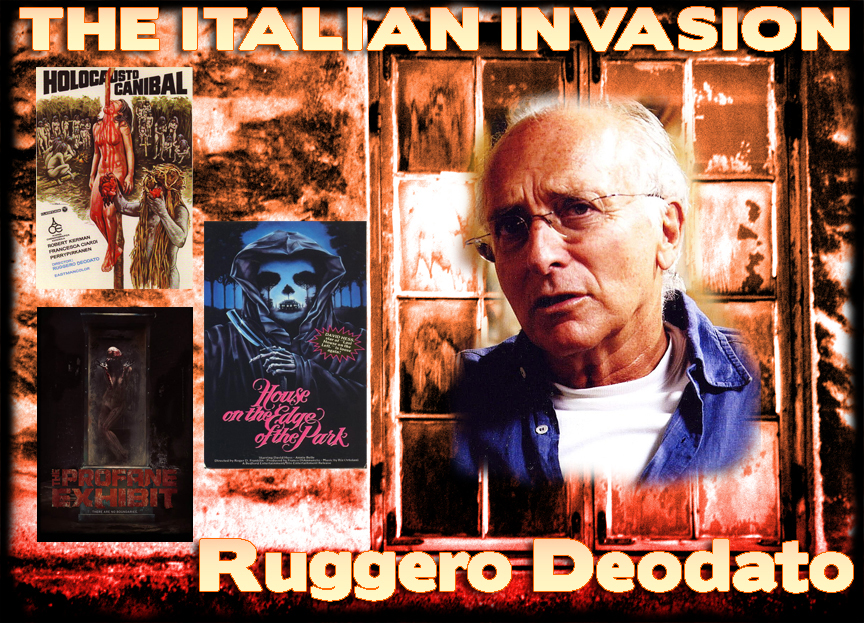 Deodato, best known as the director of such horror classics as CANNIBAL HOLOCAUST and HOUSE ON THE EDGE OF THE PARK, will be on hand all weekend during HHFF to introduce both films and participate in Q&As afterwards. He will also join filmmakers José Morica Marins (AKA Coffin Joe) and Ryan Nicholson, composers Maurizio Guarini (Goblin), Chris Vrenna (Nine Inch Nails), and Scott Mitchell (AKA Daisy Berkowitz of Marilyn Manson), actress and producer Manda Manuel, and producer/story creator David Bond, on the red carpet for the U.S. premiere of the highly anticipated horror anthology THE PROFANE EXHIBIT.

Deodato is often recognized as the creator of the “found footage” genre of horror films with his then-innovative use of having his actors carry cameras while they traipsed around in the jungles of the Amazon for CANNIBAL HOLOCAUST. The mega-hit THE BLAIR WITCH PROJECT is often cited for liberally borrowing from Deodato’s masterpiece.

Deodato’s career has also been rife with controversy. After the release of CANNIBAL HOLOCAUST, he was brought before a court on murder charges because prosecutors believed he had made a snuff film. He has also been the target of several animal rights groups who were appalled by his use of animal slaughter in the film.

Deodato’s work has had a profound impact on modern day horror with the likes of Eli Roth citing him as a major influence. Roth included Deodato in the role of a cannibal in his film, HOSTEL II (2007), and gives an overt nod to the legend with his first return to the director’s chair in this year’s THE GREEN INFERNO.

Deodato’s work has also had a direct influence on HHFF co-founder Philip Anselmo who recorded a song entitled “Cannibal Holocaust,” from the EP of the same name, for underground horror metal heads Necrophagia.

Ruggero Deodato joins the Unholy Triumvirate of Special Guest Directors Jörg Buttgereit (NEKROMANTIK, NEKROMANTIK 2), José Morica Marins, aka Coffin Joe (AT MIDNIGHT I’LL TAKE YOUR SOUL, THIS NIGHT I’LL POSSESS YOUR CORPSE), and Jim VanBebber (THE MANSON FAMILY, DEADBEAT AT DAWN), together all at once at HHFF. It will be the ultimate tribute to the true masters of the macabre underground.